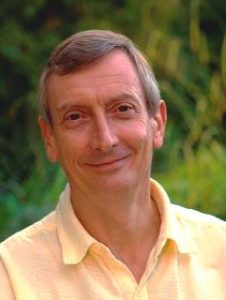 An experienced musical director, choir trainer and composer, Jeremy Jackman’s work in the field of choral music is of the highest international standard. His insightful and energetic work with choirs means he is much in demand.  No rehearsal with Jeremy is ever boring; no performance is less than musically inspired.

His professional career began as a treble at St Paul’s Cathedral, where the daily singing of Choral Evensong established a life-long affinity with this most beautiful of the Anglican choral services. As the top voice of the celebrated King’s Singers from 1980 to 1990, Jeremy toured the world’s most prestigious venues, experience which now informs his work as a conductor and workshop director. His engaging personality enables him to establish an instant rapport with groups of all ages, sizes and standards.

A former Chorus Master to the London Philharmonic Choir, the Belfast Philharmonic Choir and OSJ Voices, and Music Director for many years to the English Baroque Choir and the Cecilian Singers (Leicester), Jeremy also enlivened the choral course at the Sherborne Summer School (formerly Canford) during many a summer. He regularly directs courses and workshops for other groups in the UK and abroad. Many of his compositions are published, and no Laudemus Evensong would be complete without at least one of his creative hymn fauxbourdons and descants. 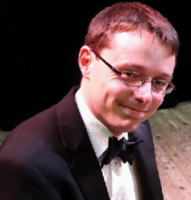 Sam Hanson was born in Poole in 1985. He took up the organ in 1995, studying initially with Sean Tucker at Wimborne Minster. From April 2000 he studied with Alan Harwood, and in January 2003 achieved the Associateship of the Royal College of Organists (ARCO) with the highest marks in the organ playing section for candidates less than 19 years of age. He has also studied with Sarah Baldock and Thomas Trotter.

Sam graduated from Jesus College, Cambridge in 2008 reading Music. Whilst there he held the position of organ scholar, a position which he has also previously held at Salisbury Cathedral. Sam has performed in Westminster Abbey, Winchester Cathedral, Salisbury Cathedral & Wimborne Minster amongst others, as well as accompanying for BBC Young Musician of the Year and the Bournemouth Symphony Orchestra.

Sam also plays keyboards for alternative rock band Oposium, has appeared as soloist for performances of Rachmaninov’s Second Piano Concerto, Gershwin’s Rhapsody in Blue and Constant Lambert’s Rio Grande (with planned performances of Rachmaninov’s Third and Rhapsody on a Theme of Paganini), and spent two years conducting Jesus College Orchestra. His Requiem (written in memory of Alan Harwood) has received two performances, the second forming part of the 2006 Southern Cathedrals Festival at Salisbury Cathedral, and his Wimborne Mass, commissioned by the Friends of Wimborne Minster, has recently been premiered. He has a particular interest – and considerable skill – in the art of improvisation, and has studied with David Briggs at Gloucester Cathedral, perhaps the foremost exponent in this field.

David Coram. Between 2011 and 2018 our organist was David Coram whose life was tragically cut short in January 2019. A tribute to David, with links to others, can be downloaded here.

Back to the home page